From the T-Town TNR  Mewsletter (May 2022) - Vista Shadow Mountain Caregiver Story
Click here to read the entire May Mewsletter!

Celebrating Caretakers . . . One story of compassion

It was a chilly evening in early January 2021 when a T-Town TNR team member responded to a request for assistance regarding the community cats at Vista Shadow Mountain.  Cindy, a former resident, had been looking after the cats in this large, sprawling apartment complex with 593 units. She fed them, loved them, and continued to care for them even after she had moved elsewhere. She wanted help in getting them spayed/neutered to stop the reproduction and the constant birth of kittens.

When the T-Town TNR Team member initially visited, she met a friendly mama cat, her four kittens, and an orange tom cat who briefly took in the scene before wandering away.

Five cats? The Team member thought. That’s not too bad. We can get them taken care of in no time! 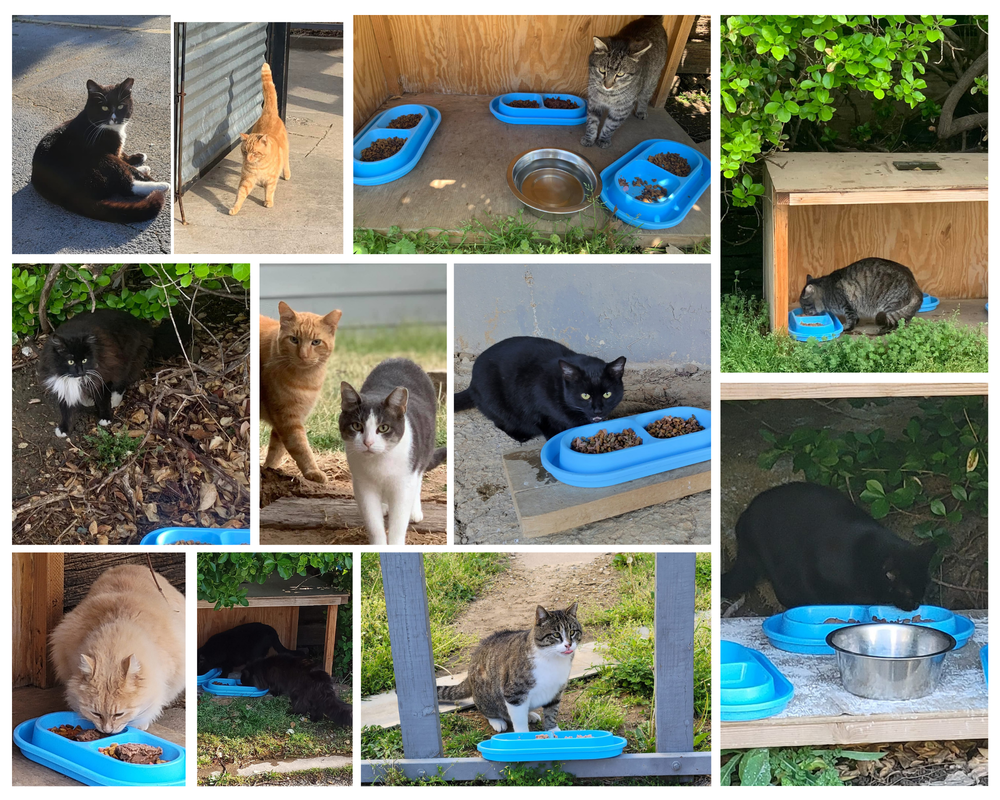